Today, I'm happy to be one of the blog stops on the Forever Innocent Blog Tour! 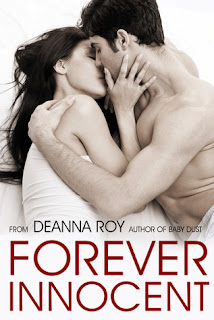 Forever Innocent
By Deanna Roy
Release Date: October 1st/13.
Forever Innocent on Goodreads here.
Synopsis:
“Our baby died on prom night, and nothing was ever the same again.”

Corabelle doesn’t feel like any of the other college girls. On what should have been one of the happiest nights of her life, she and her boyfriend Gavin watched a nurse disconnect the ventilator from their seven-day-old baby. During the funeral two days later, Gavin walked out and never returned.

Since then, her life has been a spiral of disasters. The only thing that has helped is her ability to black out whenever the pain gets too hard to bear, a habit that has become an addiction.

When Gavin shows up in her astronomy class four years later, he is hell-bent on getting her back, insisting she forgive him. Corabelle knows she can’t resist the touch that fills the empty ache that has haunted her since he left. But if he learns what she has done, if he follows the trail back through her past, her secrets will destroy their love completely. And once again, she’ll lose the only person who always believed she was innocent.

My Thoughts:
Loved it!!!

Forever Innocent was exactly the kind of read I needed right now. All the drama and angst New Adult is built on can be found in this book, but I wouldn't label this book so much as a romance, but more, a story of forgiveness, that is completely character and story driven. This is a very heavy read and both our hero and heroine have their own demons they continue to fight after the loss of their week-old baby.

I enjoyed reading from the duel perspectives of Corabelle and Gavin, and because I was able to get into both their heads, I completely sympathized with both characters (however, I was not a fan of Gavin in the beginning) but I did love his passion, and he did have me in swoon-mode while he tried to win back Corabelle's affections. I was desperate for these two to work out their hang-ups, and just learn to forgive themselves for something that was out of their control (no matter what they think).

I'm thrilled that Deanna isn't done with these two, because once I reached the end, I really didn't feel their story was quite over either. Luckily you're not left with a cliffhanger ending that will have you losing sleep wondering what will happen next. I enjoy a good series, but it's always nice to have some closure at the end of each instalment. ;) I will be continuing on to Forever Loved.

If you enjoy New Adult with a complicated, angst-filled love story, than you should give Forever Innocent a try! 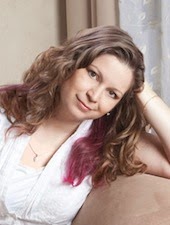 Deanna Roy is a sucker for romance and drama and dumps hefty amounts of both in her novels. She is also a powerful advocate for baby loss moms and has founded multiple support groups for women, from teens on up, who endure this impossible heartache. Her other novels include Baby Dust and Stella & Dane: A Honky Tonk Romance.

Giveaway time!!! Deanna has an awesome giveaway for her fans- a $50 gift card to any store and a lovely butterfly necklace with a USB loaded with Forever Innocent! Open internationally!!!

Special thanks to Deanna and Xpresso Book Tours for allowing me to participate in this tour!
Happy Reading!!!
Posted by HayleyAG at 1:00 AM 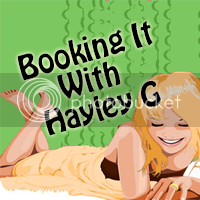